When Life Gives You Clouds, Make Your Bed Out Of Silver Linings 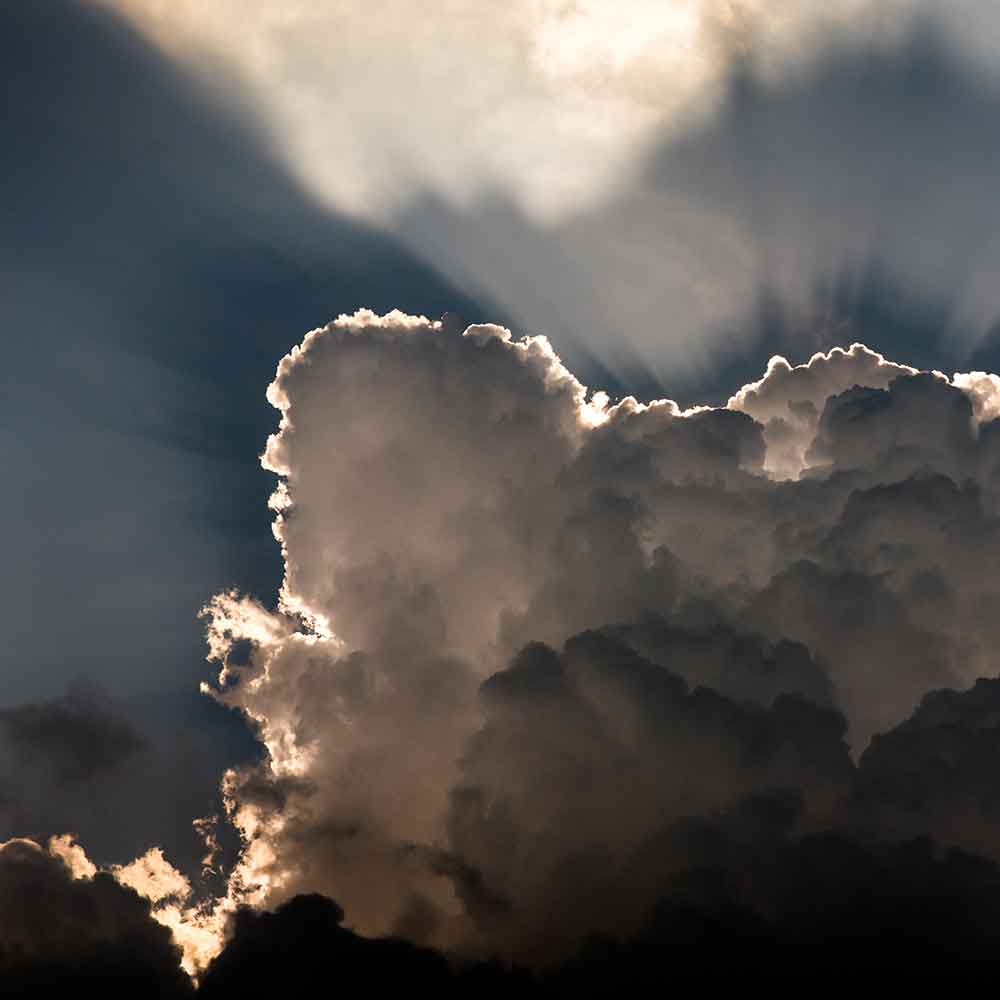 When I tumbled over the handlebars of my bike several weeks ago, I remember thinking, as I felt my kneecap get pushed sickeningly sideways by the impact, “Oh no, not my bad knee!” My right knee, the one I fell on, is the knee I tweaked in training when we were practicing lunges in my first term a couple of months ago. It’s the knee I tweaked going into Padmasana (Lotus Pose) without adequate preparation last year. It’s the knee I’m constantly banging into things day in, day out. Could this be a coincidence?

The very first time I had a problem with my knees was in my late twenties. I had been taking Mysore-style Ashtanga Vinyasa Yoga for a few months with New York’s premiere teacher of the style. Ashtanga Vinyasa Yoga is an extremely athletic form of yoga developed in the late 1920’s by Yoga guru Tirumalai Krishnamacharya for K. Patthabi Jois. In his book, “Yoga Body: The Origins of Modern Posture Practice,” author Mark Singleton describes the origins of the style in the performances created by Krishnamacharya to promote the physical practice of yoga during the burgeoning cultural renaissance movement in India at the end of the British colonial period. It’s a system of four set sequences of postures that become increasingly gymnastic as they progress. When I was studying at Jivamukti Yoga Center in the mid ’90’s, Ashtanga was all the rage and I followed the herd.

Mysore-style Ashtanga is a really great way to practice. It reminds me a lot of the single-classroom style of training I’m going through at ACAT, where all three years of student learn together, sometimes doing group work, sometimes pairing of or working alone. In a Mysore-style class (named after the city in which Patthabi Jois founded his institute) the studio is open for three or four hours with one or more teachers attending. Students show up whenever, set themselves up and practice the section of the sequence they’re working on currently. The teachers come around every so often and give manual adjustments and, when the student is ready, assign them the next batch of poses they can add on to their daily practice. It’s a system that teaches self-reliance in an environment of dedication and industriousness. It can be a very inspiring way to work.

Unfortunately, in the Ashtanga Vinyasa style teachers give very aggressive adjustments, pushing and pulling students into poses. I was practicing Marichyasana B, trying to negotiate the Padmasana leg when the teacher came around to me and pushed my left knee (the other one) down to the floor. There was a very loud snap which surprised both of us. The teacher asked me several times if I was okay, but in the moment I was so full of adrenaline I didn’t know what was going on. Later, as I cooled down, my knee started to hurt and I found I couldn’t do anything other than hobble around. I didn’t have health insurance at the time, so I never found out what actually happened. I stopped doing yoga completely for a while. When my knee had healed, I eventually started up the yoga again, but I was a little gun shy of taking classes. A friend of mine had been going through the courses in the back of “Light on Yoga” and I thought I would give that a try, starting again from scratch. I had only been doing yoga for two or three years by that time, so going back to the beginning wasn’t that far of a journey. It was about a year of diligent home practice before I got back to taking classes.

That left leg presented many problems for a number of years. My knee would act up and get painful about two or three times a year. My lower leg and foot on that left side habitually held a lot of tension and I ended up pulling a hamstring on that leg which took 18 months to heal. After about five or six years, though, it seemed to sort itself out. Since then it’s become clear that I habitually ground and stabilize with my left leg and step out with my right. My left leg and hip tend to be more solid and less flexible, whereas my right tends to be a lot looser. The left side of my sacrum is fairly bound while my right sacro-iliac joint is hyper-mobile and would pop out of alignment all the time for many years. Now, I’m not saying that all of this is because of the knee injury in the Ashtanga class. Back then I was generally a lot more bound up and less limber across the board. I’m sure the imbalance was already there. My right side was likely adequately flexible and my left needed a lot of help. Perhaps that’s why the teacher felt the need to come over and assist me on that side. Now that I’m a lot more flexible overall, the tables have turned and its the left side that’s strong and well-organized and the right side is now floppy and all over the place.

With that underlying pattern, it makes sense that my left leg would be the one firmly grounded and the right one flapping about to knock into things. And when you’re tumbling over your handlebars as you accelerate down a gravelly hill in the Yucatan Peninsula, it makes sense that the looser leg is going to be the one to whip up underneath you and break your fall so that your head doesn’t crash into the ground. I had this epiphany yesterday when I was taking Amy Matthews’ Developmental Fundamentals class. We were lying on the floor initiating movement from the feet and my right side was a wobbly mess. Much of it was as a result of the injury. The different parts of my leg and hip haven’t quite figured out how they’re supposed to work together again yet. With the knee not taking its proper place in the sequence of movement, all the underlying disorganizations have rushed to the surface.

I’m not one who believes that all the bad things that happen to us are blessings in disguise, that every cloud has a silver lining. I guess I’m more of a “when life gives you lemons, make lemonade,” kind of a guy. Rehabbing from this injury is clearly giving me an opportunity to get under the hood and tinker around.

(I am, apparently, also a man who has no compunction about abusing the privilege of metaphor. You learn something new about yourself every day.)